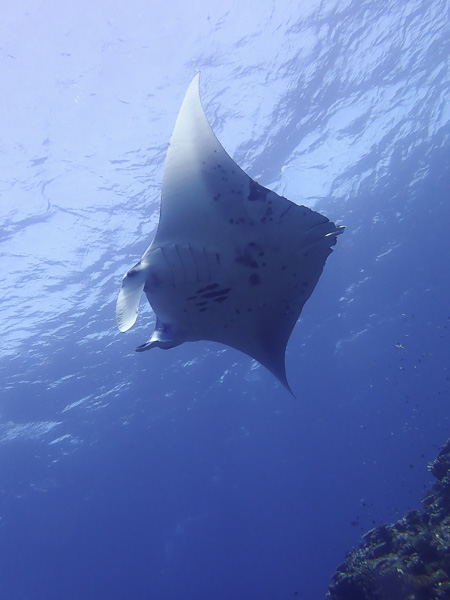 The weather has been really warm and sunny in Ishigaki Island the last few days(｀・ω・´) As the sea was much calmer than expected, we could go out to Manta point today(≧▽≦) We did our first dives in Osaki and then drow around the cape to try our luck with the manta rays! I thought it would be more choppy, but it was quite a smooth ride there♪

A Manta ray appeared at the cleaning station where it circled around and around＼(^o^)／ We could see it very close, later another one showed up!

So many corals! (≧▽≦)

We also saw many smaller critters, like this scorpionfish♪ 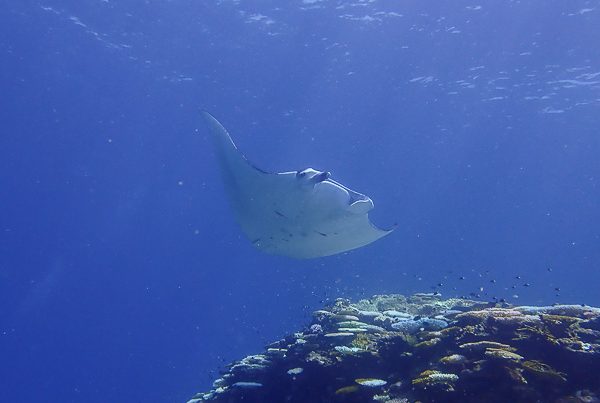 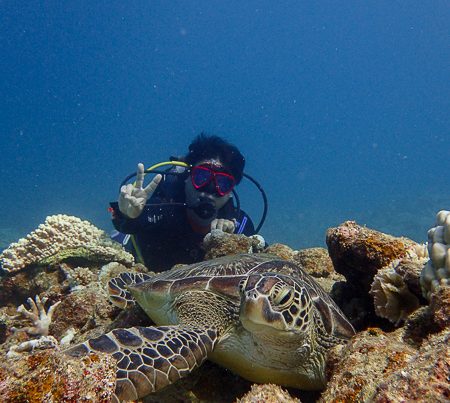 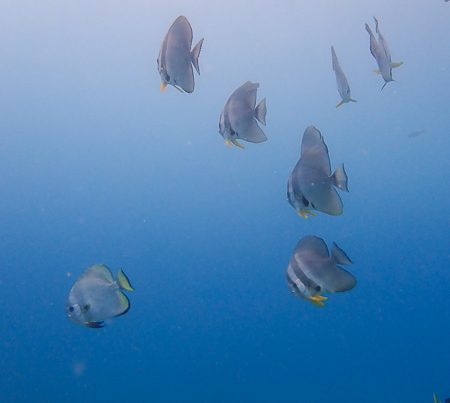