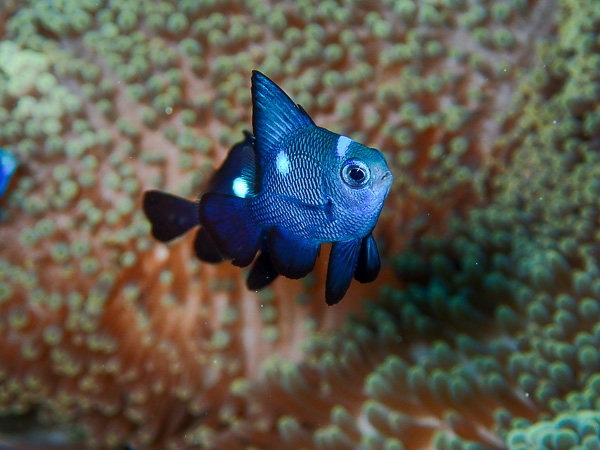 I thought today was going to be calmer than yesterday but there was quite a lot of waves on the ocean around Ishigaki island Σ(‘◉⌓◉’ ) We went diving at calm Yonehara✨ It rained for a short time but mostly it was sunny and sparkling underwater〜☆*:.｡. o(≧▽≦)o .｡.:*☆

A school of domino damselfish had gathered around an anemone and was chasing the other anemonefish aroundσ(^_^;)

A pair of spotted coral crabs hid safely under the same anemone.

On the same whip coral, a whip coral shrimp! They share a very slim part of the ocean (・Д・)

I hope this was the last of the north wind! Had a little incident and need to rest for a few days but hope to be back to diving soon. 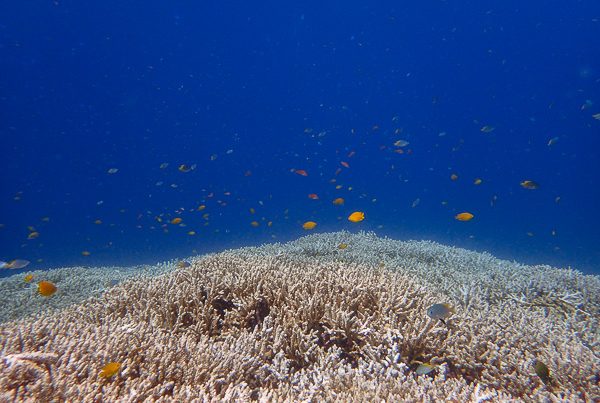 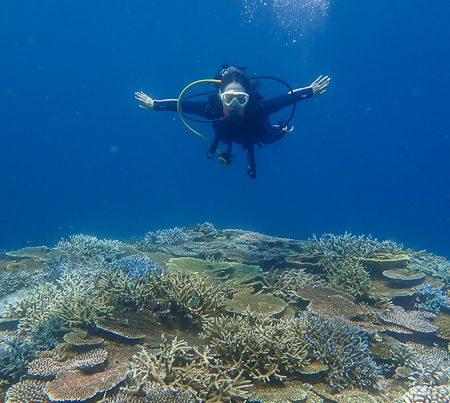 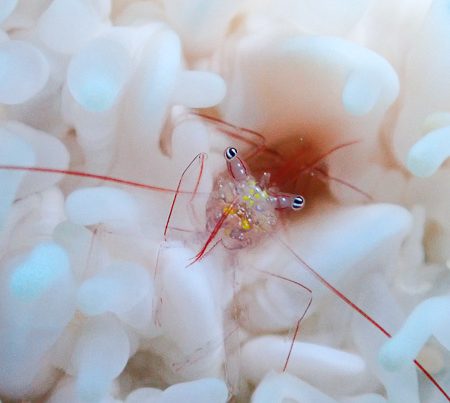