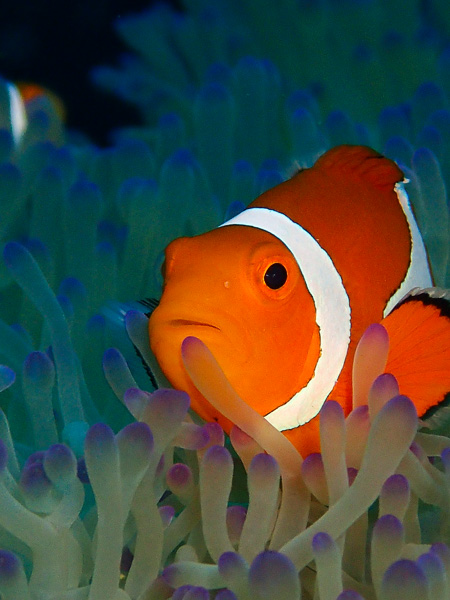 Fun Dives☆ Why is the Visibility so Bad at Manta Point now? (;・∀・)

The visibility hasn’t been the best the last few days, but I think it improved slightly at Yonehara today(;^ω^)
However, at Manta point it was still pretty bad(T_T) Also, no mantas today. We had such high hopes(/ω＼) As always of course(/・ω・)/

At least the corals looked healthy and beautiful as always☆ 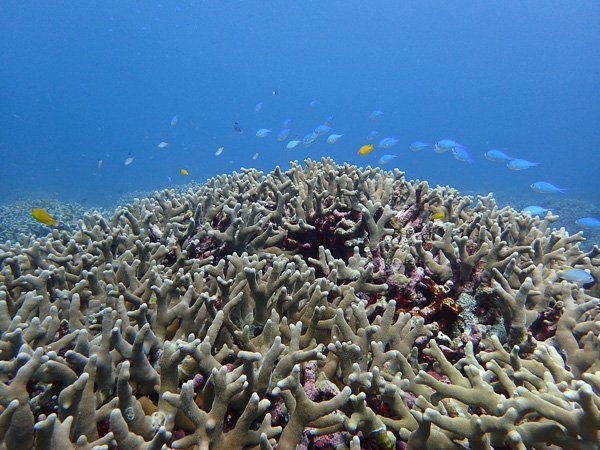 This Clown anemonefish was

This Crocodilefish had made itself comfortable among the corals. A soft coral was almost hitting its eye(;・∀・) 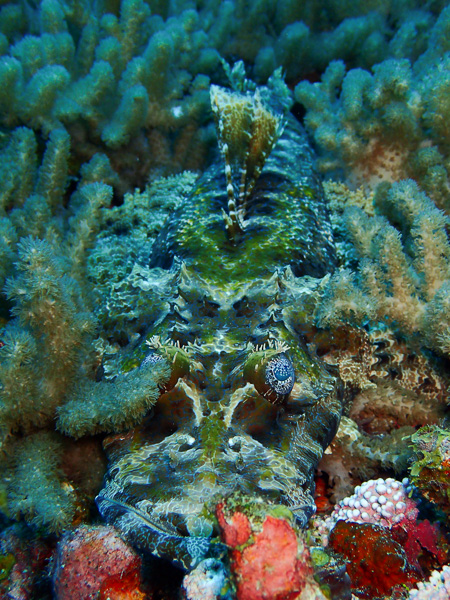 Lots of Glassfishes inside the underwater tunnel♪ There might be slightly less of them this year compared to last, but when they gather in big schools it’s spectacular＼(^o^)／ 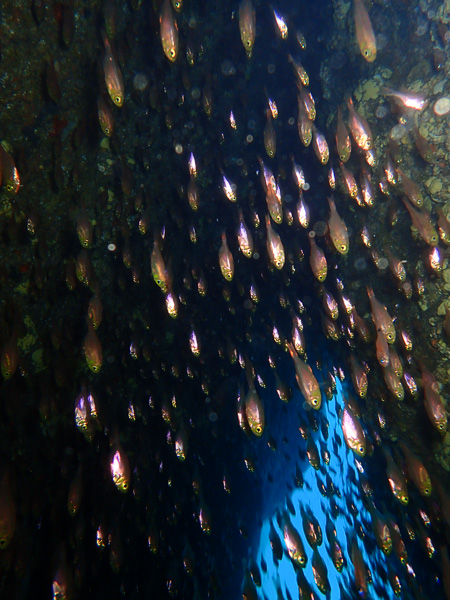 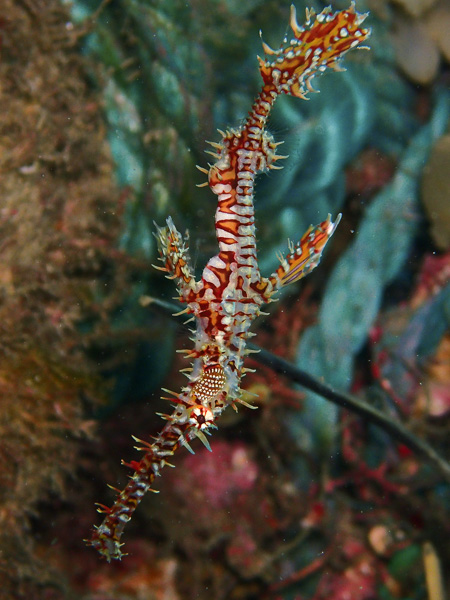 A newly hatched squid♪♪ There was three of them, one skillfully squirted ink and managed to camouflage itself, the others got eaten by fish… Nature can be brutal(;´･ω･) 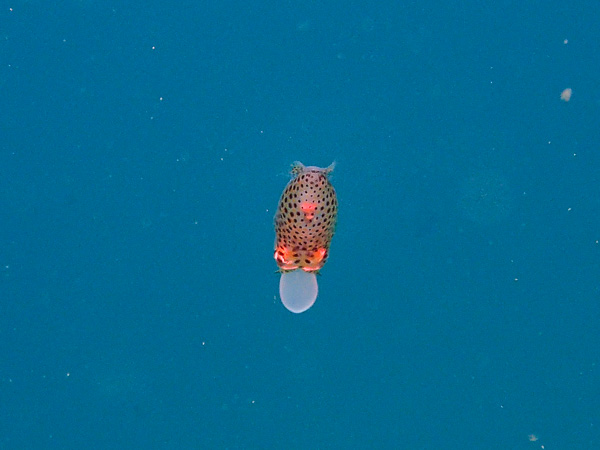 A small Flatworm, around 1cm big. On the sandy soil we saw several Nudibranches(≧▽≦) 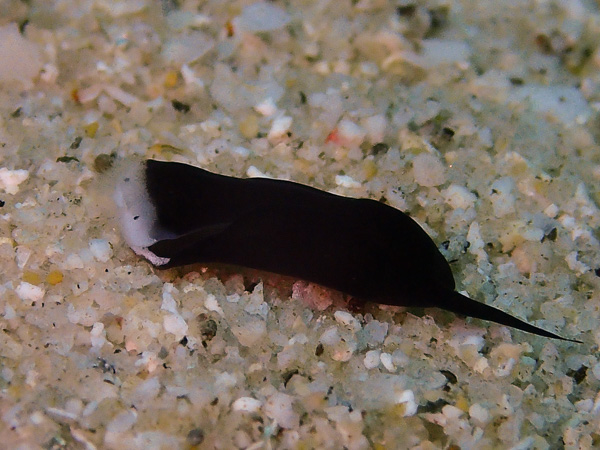 I also found many crabs and shrimps(*^▽^*)
Can you find the Spider crab? It has camoflaged itself really well♪ 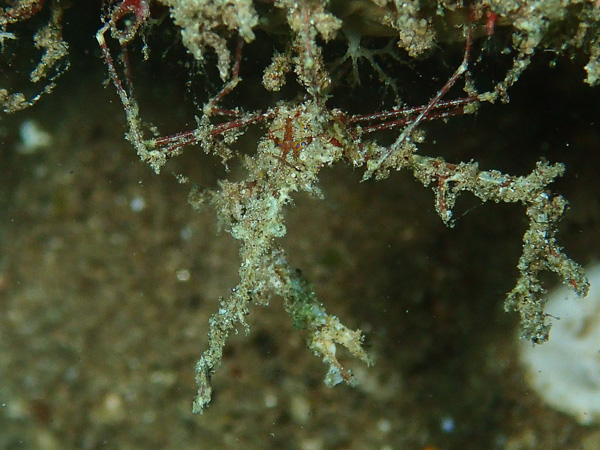 We also saw this Anemone crab☆ 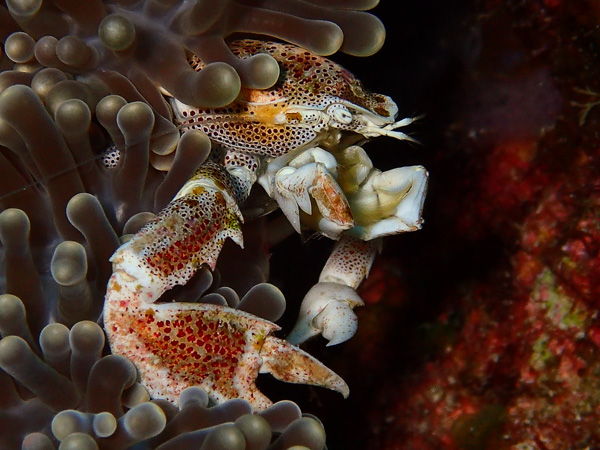 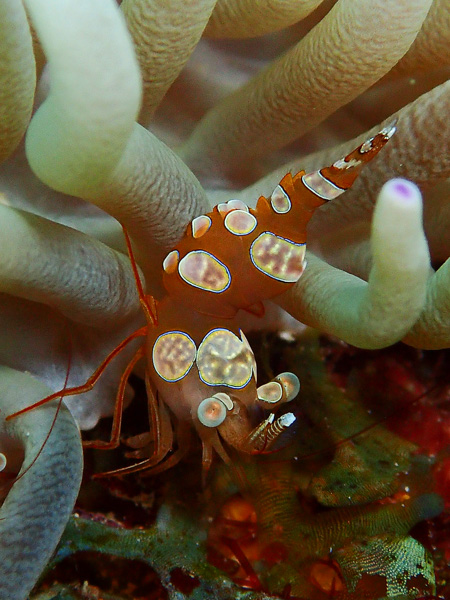 From tomorrow the weather will be strange again because of the typhoon passing north of Okinawa, but diving will still be fun(≧▽≦)

We are open again! A few requests to travelers to Ishigaki